The 5 Es in International Arbitration 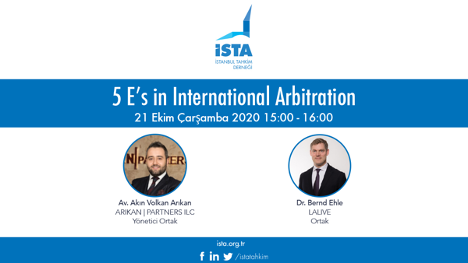 26 Ekim 2020 The 5 Es in International Arbitration

The following five topics are really the five core advantages of arbitration vis a vis court litigation. Arbitration has been around for a very long time and has been very successful -increasingly successful in recent years- at the same time arbitration has been under pressure and there has been some criticism for becoming too much like litigation in some jurisdiction. Arbitration has especially been criticized including by many of its user for becoming slower and costlier and generally resource intensive and being over lawyered. There are also some external threats to arbitration in some jurisdiction such as the erosion of the rule of law. This is why, a few years ago, Gary Born, an eminent arbitrator, mentioned these 5 Es of arbitration namely; efficiency, expedition, expertise, even-handedness and enforceability, in a lecture he gave and stated that  we as an arbitration community must make sure to bring across these advantages of international arbitration

For example, the parties have several key tools which includes agreeing on an arbitration clause that maximizes the efficiency in the proceedings, avoiding agreeing to the so-called pathological clause that could lead to many complications at the beginning of the arbitration. Also selecting arbitrators who know how to run arbitration proceedings, who are available, who have sufficient time and who know how to conduct themselves appropriately during the arbitration.

Party autonomy is another great tool that the parties can make use of to make the proceedings more efficient. Obviously, there are risks and there is also a potential to create inefficiencies and to derail the proceedings through guerilla tactics. Generally, parties and counsels have a significant role to play when it comes to ensuring efficiency.

Just like the parties the arbitrators have several key tools that they may utilize to maintain and promote efficiency in arbitration. For instance, the case management techniques which are listed under schedule 4 of the ICC Rules such as bifurcation or settlement facilitation. Moreover, arbitrators generally need to be organized, they need to be pro-active which includes being engaged early on in the arbitration and to devise an ambitious but still realistic timetable, as well as utilizing tools such as preliminary rulings to focus on the dispute, to limit the document production, to use witness conferencing and hearings or meetings of experts before the hearing to narrow down the issues, and furthermore, sometimes even strictly allocating hearings times, in other words implementing the so-called chess clock arbitration. Arbitrators may also warn the parties at the outset that certain behaviors might be consequential at the stage of the cost determination.

And then finally, the arbitral institutions can also contribute to efficiency. This can be done in several ways, such as amending the arbitration rules to promote efficiency, issuing guidelines on various issues to assist the parties and monitoring the case load and the case itself closely to make sure that the arbitrators are doing their job properly. Many good arbitrators are very busy, and ICC has introduced a few things to improve the speed in which arbitrators issue the award. First of all, arbitrators need to indicate their availability at the beginning of the dispute, but there are also other things such as the possibility of a threat that some of the arbitrators’ fees will be cut at the end of the proceedings if the tribunal does not issue an award quickly enough.

So, there are several techniques in which the parties, the arbitrators and the institutions can make sure that the proceedings are run in an efficient manner. There is always a room for improvement and there are always ways which to make arbitration even more efficient.

Finally, the encouraging thing I find by working in this field is that there is a large community of practitioners who are working and constantly striving to improve the process even further and adapt it to the modern needs of the business community, and the modern technologies and to generally maintain a competitive edge over other forms of dispute resolution. There are a lot of innovations every year because there is a very healthy competition between arbitration centers, institutions, and seats.

It is important to bear in mind that efficiency in itself is not a goal, and must not be achieved at any price, however it must go in hand with due process. As the famous French arbitrator, Yves Derains, has said “due process must trump efficiency”.

Expedition is another important element. International arbitration is a dispute mechanism that is mostly used by corporations who do not want to wait for years until they resolve the disputes. Everyone knows that time is money. Balancing speed and quality whilst still controlling costs is the central ambition of international arbitration and one of the reasons for its success; it provides, in most cases, a speedier dispute resolution than going through several instances of a national court system. Bu of course, speed comes at a price, especially, if you want the outcome to be good, meaning of good quality; a fundamentally fair, well-reasoned and professional outcome.

It is not easy to have it all; a fair service that is cheap and of good quality.

I believe that in the arbitration community, there is an awareness that we need to strive to achieve all three. There are certain mechanisms, in addition to the various techniques that are mentioned above, that could help achieve expedition.

First mechanism is expedited procedure. In Switzerland, the expedited procedure under the Swiss Rules of International Arbitration is being used frequently. Approximately 30-40% of all arbitration procedures are run under the Swiss rules of expedited procedure which is basically a procedure that there is only one round of detailed written submissions, there is only one hearing if any (there can also be proceedings decided on the documents only), there is a sole arbitrator and the award has to be delivered in six month from the time when the file was sent to the arbitrator. This mechanism is often used for low value disputes. In theory it can be used for high value disputes as well, however the parties usually will not agree to an expedited procedure when it comes to high value or complex disputes.

Another mechanism that is increasingly being used is early determination/dismissal of claims. To the extent that a tribunal has a power to rule on certain points of the dispute early onset, only if the parties agree.  For example, there can be a time bar issue, and that is something that a tribunal can decide upfront and possibly avoid a lengthy proceeding. 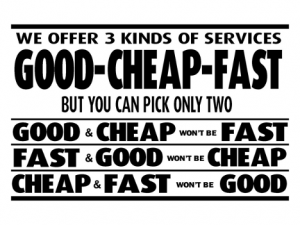 Another huge advantage of arbitration over litigation is the expertise of the arbitration. In litigation you can choose specialized lawyers to represent you during the proceedings however you cannot choose the judge. In litigation you end up with a judge, you don’t know who this judge is and whether he/she has the necessary skills, knowledge about the industry that the dispute is about. So, it is a type of a black box, you don’t know where you might end up. In certain jurisdiction you have specialized courts for example construction courts in England, however at the end of the day you do not really know which judge will handle your case.

On the other hand, in arbitration, you can appoint your own judge and if it is going to be an arbitral panel consisting of three arbitrators you might have some influence and control over who will be the presiding arbitrator. That is a huge advantage not because it is only about knowing who it is, but it is also about the ability to choose certain skills, qualifications among the arbitrators. You can choose someone who has the right legal and language skills. Moreover, you can choose someone who knows how to run proceedings efficiently.

In Turkey, Turkish commercial courts have been criticized severely for transferring the case file to a court appointed expert and then delivering a ruling in accordance with the expert’s report, without thoroughly deliberating on the submissions of the parties.

Even-handedness is not a common word that we often hear every day. Even-handedness is the opposite of partiality, bias, distrust, falsehood, dishonor, and dishonesty. In certain jurisdictions there is a risk called hometown bias that judges are eager to rule in favor of the party who is located in that jurisdiction, or in some courts there is a threat of corruption where the highest bidder will win the case. Arbitration is a process that parties can choose people whom they trust and people who will deliver an independent and impartial decision.

Arbitrators are service providers, if they deliver a decision that is completely partial, this situation could end their careers as arbitrators. Arbitrators, unlike some judges in certain jurisdiction, have no skin in the game, they are not personally invested in the outcome, however they are interest in delivering an impartial and just decision.

Istanbul Arbitration Association published Ethics Rules for Arbitration which lays down the ground rules for ethics in arbitration.

Enforceability can be considered as the most important aspect of arbitration because you have an outcome that can be enforced on a global scale. At the end of the day, what clients are interested in is not only winning a case, but also enforcing the award, getting the relief sought implemented. For example, getting a payment.

As a rule, an arbitral award is final and binding which means that there is no possibility of an appeal against the award. However, it should be bear in mind that there might be exceptions in certain jurisdictions.

In Turkey, when it comes to enforcement of international arbitral awards, there is a misconception regarding the public order. According to Turkish legislation, courts can refrain from enforcing arbitral awards if they violate Turkish public order. The problem arises when judges start to interpret the notion of public order too broadly in a way that it includes the commercial interest of the parties and private law-related matters. This shows that how important is to train judges.

Question: How do you see the Turkish Arbitration practice? What would you advise?

Question: What a senior legal officer can do to increase the efficiency in arbitration? What would be the key principles that legal department of a company consider?